Freedom of speech: Where do we draw the line, or should a line never be drawn? 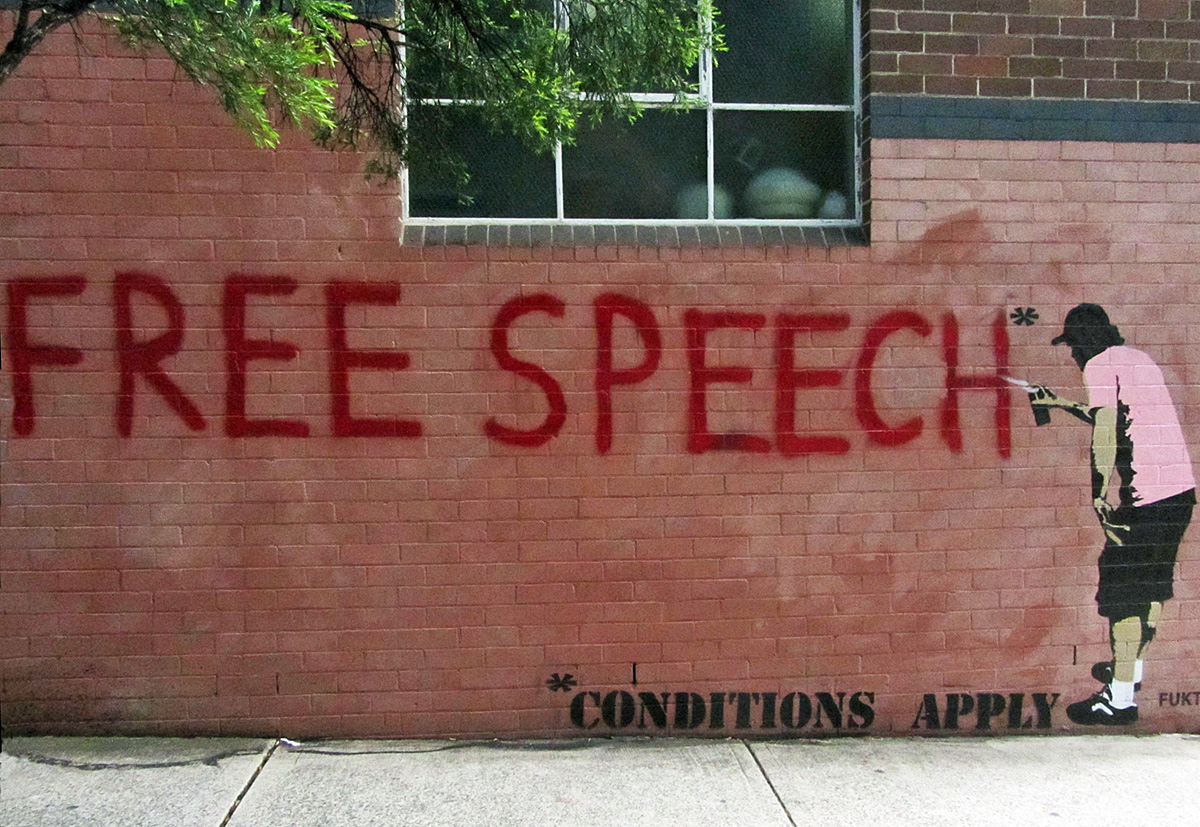 When you have the time, do read this article from Stephen Oryszczuk, the Jewish News Foreign Editor. It is an article full of questions and not answers, however, he asks he right questions. Here is an extract:

"So, here’s what we know: Urging people to kill Jews is an offence. Or is it? What’s the offence? In which countries is it an offence? Does it matter how you urge it? What if you urge people to kill Zionists (who are not always Jewish)? What if you simply say you wish Zionists would be killed? Turning to easier matters, we know it’s illegal to discriminate against Jews on the basis of them being Jewish, but is it illegal to urge the discrimination of Jews? What about the discrimination of Israelis? Of Zionists? How’s about plain old abuse? Is it illegal to say Jews are big-nosed, greedy Israel loyalists? Or is it just racist and bigoted? What if there’s no victim – does that make a difference? What if the bigot says all Zionists are big-nosed greedy Israel loyalists? What if they say all Zionists are racist? All Israelis are greedy? What if all of the above were said of the Prophet Mohamed, with cartoon drawings to boot? Where, in short, is the line?"

I have done numerous broadcast interviews on the subject of "crossing the line". It all boils down to how you define freedom. To me, freedom is the ability to go about your daily life without interference. If you, however, start restricting the freedom of others through your actions, then it can be argued that you have "crossed the line".

Lembit Öpik, the former Liberal Democrat MP, once explained to me his definition of tolerable harm. For example, if when walking past a pub, someone with a lighted cigarette blows some smoke in the air and it goes into your face, it is not pleasant, but you will soon breathe in some fresh air a second or two later. It's not a reason to ban people smoking in the street. No-one has suffered serious injury. That is tolerable harm.

If, however, every time you see a neighbour approaching your house, you decide to hurl abuse at them, then you start restricting their freedom. Who wants to face that every time they walk a particular route? It could be argued that they should find a different route, but why should they? That is not tolerable harm as it has a severe impact on the freedom of someone else. I know that is an extreme example, however, it is one that most people can understand.

As I said at the beginning, do read Stephen Oryszczuk's article, which ends by saying:

"Where free speech ends and where illegal hate speech starts is one of today’s most difficult and pressing questions. There is no legal definition of anti-Semitism in the UK, so we look to experts to help us, but these being experts, they tend to disagree. Still, hope remains. In Britain, there’s always a fighting chance that common sense will prevail."