From the Daily Telegraph on 10 October:

“THE NHS could be heading for its worst winter beds crisis, with some hospitals already reaching breaking point, doctors warned yesterday.

“More than two months before the annual flu outbreak is expected, hospitals have begun turning patients away because they have no beds and too few staff. Some hospital managers have warned that levels of emergency admissions are far higher than this time last year and that the pressure on the NHS can only get worse over the coming months.”

Sounds familiar? What I neglected to tell you was that the article was published on 10 October 2000 - over 17 years ago. Winter crises in the NHS are nothing new. We have them virtually every year. So what has happened to NHS funding during those 17 years? Has it risen, stayed more or less the same, or has it decreased?

Take a look at this chart published on www.ukpublicspending.co.uk. 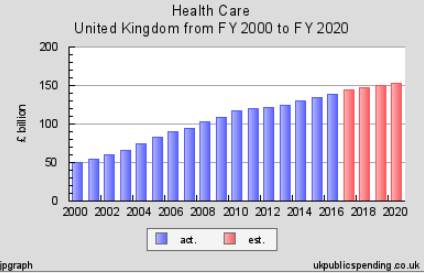 In 2000, public spending on healthcare in the UK totalled £49.6 billion. In 2017, the total public spend was £144.3 billion. Adjusted for inflation, that is still double the amount in real terms.

As the graph illustrates, there were times when spending increased by small amounts; other times where it increased by larger amounts. There are times when it hasn’t kept up with the rate of inflation, but the fact still remains that in real terms NHS spending has doubled in the last 17 years.

Some would have you believe that the NHS is chronically underfunded, but if money was the real problem, surely, in the winter of 2017/18, we wouldn’t still be enduring yet another NHS winter crisis?

If your local butcher decided to give away free sausages, he would soon run out. Queues would form outside his shop. In order to prevent this chronic sausage shortage, he would then decide to introduce some form of rationing in the form of a queuing system. Instead of people queing around the block for sausages every morning, those who wanted some free sausages would have to register with the butcher. He would add them to the waiting list, and then inform customers when their sausages would be ready. It’s all highly inefficient, and of course the butcher would very quickly go bust because he wasn’t making a profit, but the analogy still explains what happens with the NHS.

My local surgery started displaying a notice last year informing patients that it would no longer be treating verrucas because there were over the counter treatments available. I was amazed that anyone would go to their GP because they had a verruca, but I shouldn’t have really been all that surprised. If you don’t have to pay for prescriptions, (which the majority of people don’t), of course you are going to see your GP. It’s a no-brainer.

This is from an article on Channel 4 News’ website published on 1 April 2011, the day the Scottish Government joined Wales and Northern Ireland and abolished prescription charges.

“However, the DoH state that 90% of all prescriptions in England are issued free as claimants fit into exemption groups such as under-16 year-olds, low income families or pension-age patients. However they put the number of those exempt as equal to just 60% of the population indicating that people who are able to claim for free are more likely to claim multiple prescriptions. This can obviously be attributed to the fact the groups exempt include children and the elderly, but from research in Wales, there is an indication that access to free prescriptions results in more people receiving medication.

“In Wales they have witnessed a year-on-year increase in prescriptions dispensed by GPs of between four and six per cent since the reduction in 2000-01 and the eventual abolishment in 2007. A further rise of 3.3% has occured over the last year.”

It’s hardly surprising to learn that the more you give away for free, the greater the uptake. As someone who has to pay for his prescriptions, I don’t go to see my GP for every ailment I suffer from. Like most people in other countries, I quite often consult a pharmacist and buy cheaper, over the counter medicines.

In 2015, the BBC obtained figures from the NHS that highlighted that up to 22 million prescriptions for paracetamol were being written by GPs at a cost of £80 million a year. To add insult to injury, even though you can purchase a pack of 16 paracetamol tablets for a few pennies, the cost to the NHS was twice a much as the price in a supermarket.

When it comes to the NHS, expectations are high. Even though in real terms NHS funding is around 13 times higher than it was in 1948 (the NHS’s first year), we expect more and more from it every year. You could increase spending well above inflation every year for the next decade and you will still have waiting lists, patients on trolleys in hospital corridors, packed GP surgeries, and winter crises. The more you offer for “free”, the more demand is going to grow. We are back to the butcher again. If he increases sausage production so he can give away more free sausages, demand will always outstrip supply.

Lord (Nigel) Lawson once said that the NHS is the closest thing the English people have to a religion. Phrased differently, it is a sacred cow. Yet despite all the moans and groans about the NHS, a majority of the public still refuses to countenance a different way of providing mainly free at the point of use healthcare.

Too many people seem to think that there are only two healthcare models in the world: ours and America’s. Frankly, I wouldn’t inflict either system on my worst enemy. But to those who defend our crumbling healthcare system to the death (quite often literally), I would say look at other European models where patients are not left to die in the streets, are not asked for their credit card when they are rushed into hospital, and where health outcomes are invariably better than those of the UK.

Take a look at this clip from the Daily Politics where Kate Andrews from the Institute of Economic Affairs discusses the NHS. 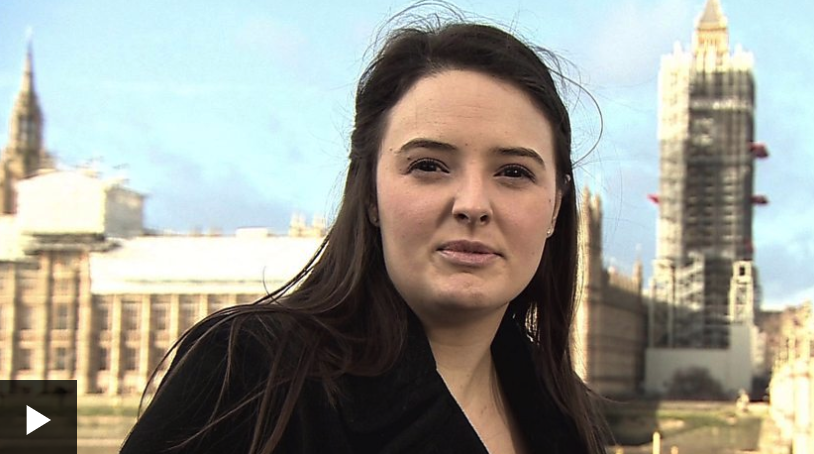 If other countries manage to get through winter without cancelling non-urgent operations, why can’t we? It’s the system, crumbling under the weight of its bureaucracy, that’s at fault. The NHS is 70 years old this year. The demands placed on it are far greater than they were in the year it was founded. You can be in favour of the Government underwriting the cost of healthcare without expecting the Government to provide it.

I’m all in favour of a National Healthcare System; that NHS sounds fine with me. But the current NHS is an outdated system that will collapse given time. It is time for politicians to be open minded and look at the alternatives.