Kemi Badenoch MP: "I believe that the vote for Brexit was the greatest ever vote of confidence in the project of the United Kingdom" 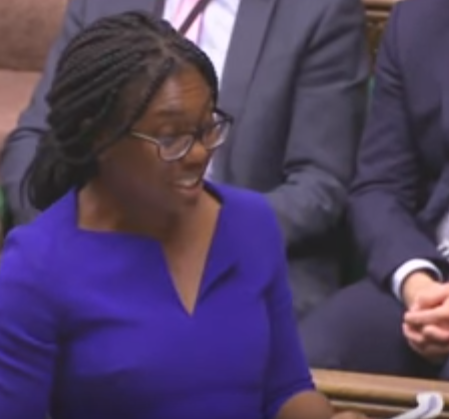 Kemi Badenoch, the newly elected MP for Saffron Walden, gave her maiden speech in the House of Commons yesterday. And what a speech it was. Here is just one paragraph:

"I believe in free markets and free trade. But there is more to conservatism than economic liberalism—there is respect for the rule of law; personal responsibility; ​freedom of speech and of association; and opportunity through meritocracy. Those freedoms are being subtly eroded in an era when emotion and feeling are prized above reason and logic. It is those freedoms that I will seek to defend during my time in this House."

She ended her speech by saying:

"We live in difficult times and face historic challenges. People are rightly concerned about what Brexit will mean for the country, for their jobs and for their families. But I do not believe that winter is coming. I believe that the vote for Brexit was the greatest ever vote of confidence in the project of the United Kingdom: that vision of a global Britain to which the Minister referred. It is a project that, as a young African girl, I dreamed about becoming part of. As a British woman, I now have the great honour of delivering that project for my constituents in the greatest Parliament on earth."

She is certainly one to watch.