Pages tagged "Better Off Out" 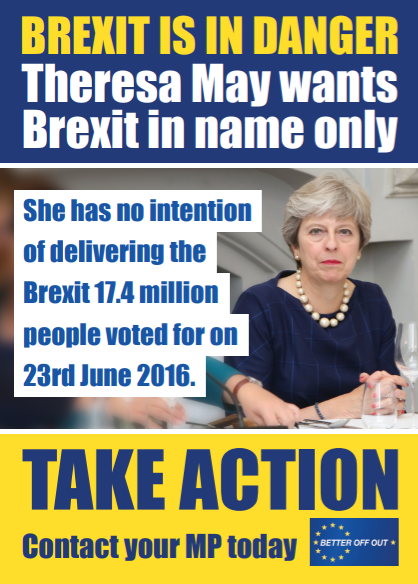 Join us at one of our 'Brexit: Let's Get On With It' street stalls

Remoaners in Open Britain and Best for Britain have promised a summer of activity  as part of their campaign to stop Brexit. We in The Freedom Association are responding in kind, and thanks to the generosity of members in both giving up their time and their money, we are planning a summer of street stalls and other campaigning.

We have organised six stalls next week, and many more are in the pipeline.

Click here to view where those stalls are going to be.