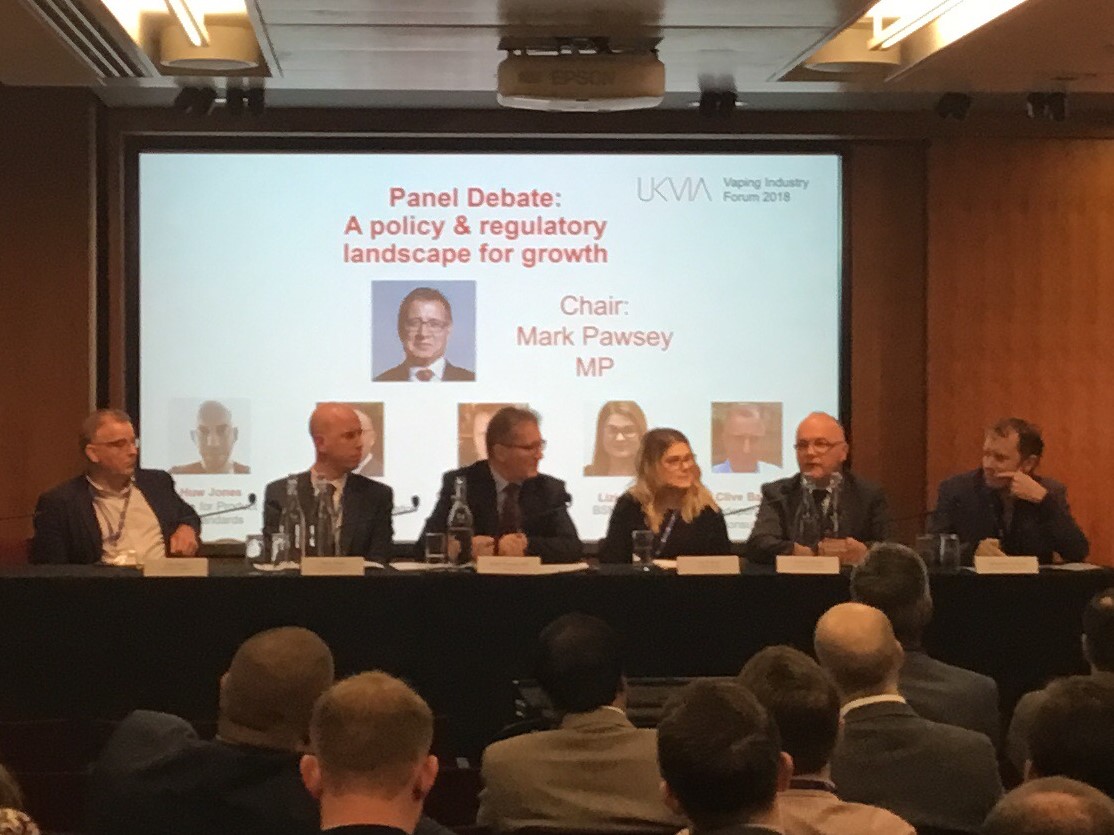 I had the pleasure of attending and speaking at the first UKVIA Forum in London on Monday 23rd April. I was on the opening panel discussing regulation. Other panellists included Chris Snowdon from the IEA and Clive Bates, who amongst many other things, is a former director of Action on Smoking and Health (ASH). The session was expertly chaired by Mark Pawsey MP, the Chair of the All-Party Parliamentary Group for E-Cigarettes.

It was great to see the retail sector, smaller vaping businesses, tobacco companies, regulators, media, MPs, campaign groups and think tanks all under one roof.

The Sugar Tax is only the beginning. Goodness knows where it's going to end

In an interview for BBC Newsnight yesterday, George Osborne described the Sugar Tax as "certainly one of the things I'm proudest of" during his tenure as Chancellor. Considering he said in 2010 that the deficit would be eliminated during that Parliament (what went wrong there, George?), I suppose he has to grasp at straws.

But even Osborne danced around the question of whether or not the Sugar Tax would be effective. At one point he said it was one of ways to reduce obesity, not sounding sure if it would work or not. Later in the interview he said that in a year's time obesity levels will not be as high as they would have been if it had not been for the Sugar Tax. Even when they are former politicians they are still as slippery.

In an excellent new report published today, Chris Snowdon, Head of Lifestyle Economics at the Institute of Economic Affairs (IEA), has called for the damaging regulations imposed on vapers and the vaping industry in the European Union's Tobacco Products Directive (TPD) to be scrapped post-Brexit. Click HERE to read the report.

At this year's Freedom Festival in Bournemouth, I chaired a panel discussion on vaping where I asked the following question: "Has science beaten smoking?" Joining me on the panel were Martin Cullip, Blogger; Angela Harbutt, Development Director at the Institute of Economic Affairs (IEA); and Chris Snowdon, Head of Lifestyle Economics at the IEA.