The Scottish Government’s Hate Crime Bill: Orwell’s 1984 was meant to be a warning, not an instruction manual for the SNP Government 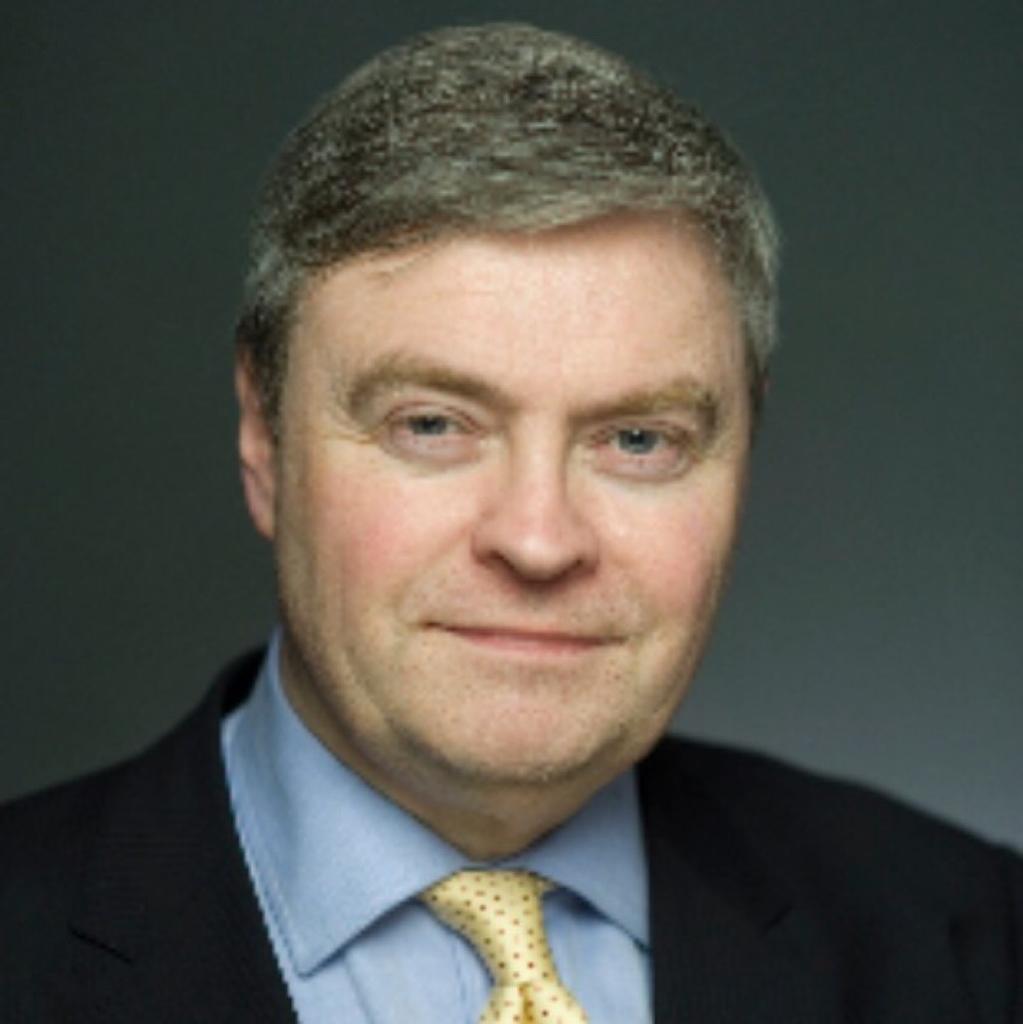 In George Orwell’s ‘1984’, the State, embodied by Big Brother, and its servants such as the tyrannical O’Brien of the Inner Party who terrorises the rebel Winston Smith, offers a vision of a ‘boot stamping on a human face - forever’. Ignorance is Strength; War is Peace; Freedom is Slavery!

Noticeably, the Oceania State is not ideological, it is just interested in power, and demands citizens not merely to obey the State in the form of Big Brother, but must love him. It switches its allegiances between former enemies, disappearing former leaders through ‘deadnaming’, in echoes of ‘cancel culture’ today. It insists on ‘Newspeak’, ‘Goodthink’ and ‘Doublespeak’ – the ability to say two conflicting things at the same time, and believe both. Then it rewrites history as it goes – something much easier today in the days of digital technology and fake news.

And, of course, it has ‘Thought Crime’ and a ‘Thought Police’ to enforce it, backed by the ever present, ever vigilant ‘telescreens’ looking on, waiting, like Alexa units, for the right or wrong set of words. The ultimate betrayal of children denouncing their parents for lack of loyalty to the State, common amongst young Nazis and Communists, is illustrated by the unfortunate Tom Parsons, who, despite being a Party enthusiast, is reported by his Party Youth League daughter for speaking against Big Brother in his sleep, and ends up in the Ministry of Love destined for Room 101 and its horrors.

Most of us would do anything possible to avoid such an outcome.

Which leads one to the Scottish SNP Government’s Hate Crime Bill. Whether this was Scottish Justice Minister Humza Yousaf’s lockdown reading is unclear, but his Hate Crime Bill is one of the scariest, pernicious and most sinister pieces of legislation ever to be introduced within the United Kingdom.

Whilst of course we must all oppose genuine ‘hate crime’, this bill is dangerously vague, excessive and authoritarian.

In particular, the bill introduces ‘stirring up of hatred’ offences, which are a clear threat to free speech, and expands the subjects covered from racial/ethnic characteristics only in the current Public Order Act to covering the whole range of characteristics from religion, age, disability, sexual orientation, and transgender identity. It is an offence to stir up hatred if behaviour is ‘intended to’ stir up hatred in a ‘threatening or abusive way’. Lawyers warn this wording is pernicious – it is ‘or’ not ‘and’, and the effect is to cast the net wider, as it introduces a much lower threshold for criminality. It doesn’t help that Mr Yousaf himself allegedly appeared not to know the difference in front of the Scottish Parliament’s Justice Committee.

However, it is an important defence currently that a person inside a dwelling had no reason to believe their words would be heard outside that dwelling, and it is also a defence that the person did not intend and was not aware their behaviour might be threatening, abusive or insulting.

But this ‘dwelling exclusion’ is now being proposed for extension at elsewhere in the UK – with Scotland as the guinea pig - making poor Tom Parson’s damnation much more conceivable. The only defence left is that the behaviour is ‘reasonable’, and this itself is vaguely defined, and there is no defence if you did not believe your words would be heard outside your dwelling. As with telescreens, the State is being invited right into people’s homes.

There are some defences on freedom of expression grounds, but these are derisory in scope. The only free speech clauses in the Bill pertain to religion and sexual orientation. Section 11 purports to protect freedom of speech when discussing criticism of religion, proselytising (religious conversion) or urging persons to cease practicing their religion. Section 12 states that criticism of sexual conduct or urging people to refrain from certain conduct is not an offence.

No wonder critics of the proposals are fierce from across all sectors of society.

The Police themselves have severely criticised the Bill: The Scottish Police Federation say the bill could ‘devastate’ the relationship between the police and the public. SPF General Secretary Calum Steele states that the legislation would see officers policing speech and it could have devastating consequences for the ‘legitimacy of the police in the eyes of the public’.

The SPF says: ‘The Bill would move even further from policing and criminalising of deeds and acts to the potential policing of what people think or feel, as well as the criminalisation of what is said in private.’ (my italics). This is Thought Crime. Police Scotland added that the consequences of this ‘have the potential to bring the law and the justice system into disrepute, through creating a hierarchy of discrimination’.

The Association of Scottish Police Superintendents adds that the bill may leave police as “arbiters of relatively minor social disputes or expressions of opinion”, and that ‘the proposed threshold of proof is relatively low, needing only “likelihood” and including the ambiguous term “abusive”, leading to some political concerns that it may capture people expressing relatively mainstream views’.

Expert lawyers have added to these criticisms. The Law Society of Scotland stated that free speech is threatened by the lack of clarity in the Bill and they have ‘significant reservations’, with not enough protections for freedom of speech.

Section 4 of the bill, which replaces Section 20 of the Public Order Act 1985, is ‘much more stringent’ than the existing law and currently presents a ‘significant threat to freedom of expression in the arts’, in particular. They express concern that shows at the Edinburgh Fringe – withing the largest arts festival in the world - could fall foul of the legislation. They say that under the terms of the Bill as currently drafted, if a performance at the Edinburgh fringe ‘offends’ the terms of the bill, the associated performer, presenter and director associated would be engaged in ‘potentially criminal activity’. O’Brien would approve.

The Faculty of Advocates warned that the bill could cause ‘extensive disruption to life and livelihood’, and that in its current form it threatens freedom of expression, potentially criminalises comedy and could cause the ‘invasion of privacy and domestic life’ from unfounded complaints. Their Dean, Roddy Dunlop QC, said the Bill ‘could criminalise comedy’ and is ‘too wide’. He questioned whether comedians will feel comfortably telling jokes that some may find offensive. That could end Edinburgh’s accomplished role in launching top comedians in the UK. The Faculty think there is no alternative but to reconsider the bill.

The Sheriffs Association concluded ‘a number of scenarios can be envisaged which could expose artists, performers and academics (and possibly their employers) to potential criminality which could stifle legitimate debate and discussion.’

Social media could also be hit, with The Faculty of Advocates saying the bill could: ‘potentially criminalise a number of social media postings made on a daily basis’. If this was anticipated it would result in a ‘large number of prosecutions’ and if it were not anticipated it would ‘question the rationale for legislation which has no likelihood of being rigorously enforced’.

Actors, writers, broadcasters and entertainers have also understandably spoken out against the Bill: Rowan Atkinson, who successfully opposed Labour’s UK Religious Hatred Bill in 2006, and whom I met years ago whilst performing at that Edinburgh fringe, has warned in a letter coordinated by the Humanist Society that the bill could result in ‘stifling free expression’ and that ‘the right to critique ideas, philosophical, religious and other must be protected to allow an artistic and democratic society to flourish.’ Even pro-SNP Val McDermid, one of Nicola Sturgeon’s favourite authors, expressed concerns about the bill’s ‘unintended consequences’ which could frustrate ‘rational debate and discussion’.

The TV historian Neil Oliver has said the bill could criminalise views on controversial issues, saying that his support for free speech from JK Rowling and her views on transgender issues might mean they would ‘end up in the dock together’.

BBC Scotland too have extraordinarily voiced concerns, saying they ‘strongly share’ concerns expressed by the Scottish Newspaper Society regarding the ‘impact on freedom of expression’, as on the basis of referrals to the Independent Press Standards Authority, ‘many complaints are lodged on the basis of offence being taken and this legislation creates the conditions for such grievances to move through the criminal justice system.’

The News Media Association says the bill has ‘dangerous’ principles with ‘echoes of darker times’, regarding forfeited materials – appropriate given that Orwell was a journalist and his statue stands outside the BBC.

Uncannily, religious groups and atheists are united in their opposition to the bill. The Catholic Church in Scotland has warned the Bible itself could be classed as ‘inflammatory’ under the proposed legislation and could risk being criminalised and removed from libraries, whilst The National Secular Society says: ‘a free speech protection that only protects polite discussion or criticism offers no meaningful protection at all.’ They say the stirring up offences remain ‘unnecessary and excessive’.

Whilst Mr Yousaf has made some small concessions, these have not gone nearly enough, and in reality, the bill must be withdrawn and be completely reworked, or ideally withdrawn entirely, as legal protections already exist.

If he doesn’t want to be known as ‘Big Brother’ Yousaf with all these strong echoes and comparisons with Orwell’s frightening 1984 to stick to him and to his record, for the sake of all UK citizens, wherever they live, this bill should be dropped - and fast.

Fighting the SNP - the next steps