After reading Victoria Coren Mitchell's column in yesterday's Observer, I can see that she doesn't have a clue what she is talking about when it comes to vaping. She has her own prejudices and has either not bothered reading about the science behind vaping, or has decided to ignore it. She didn't take long to get revved up:

"In my opinion, it’s appalling that a state-funded, state-sanctioned public health body should recommend vapes to people who want to stop smoking. E-snout would probably be available on the NHS already, were it not for the fact that medical licensing requires them actually to justify health claims made on their behalf..."

Manufacturers are not allowed by law to make any health claims about their products. If only they could. I can quote the Royal College of Physicians (RCP) and say that according to them, vaping is at least 95 per cent safer than smoking, but not a manufacturer. 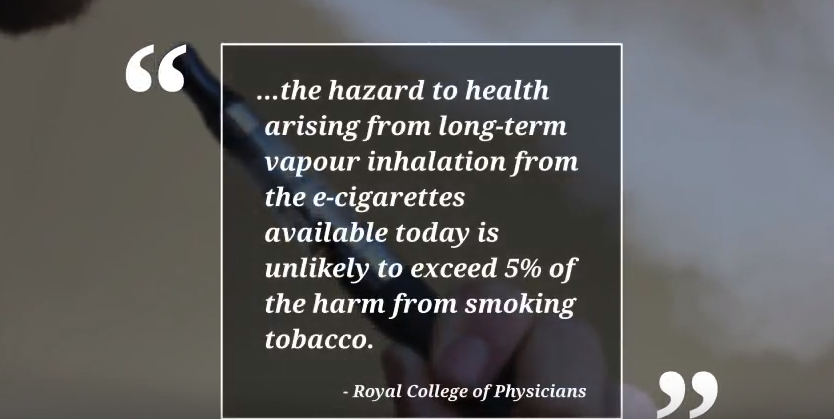 She also doesn't understand the vaping market at all. She refers to British American Tobacco's eVoke as, currently, the only medically licensed e-cigarette, and as she rightly says, that is not currently available. But the whole tone of her piece implies that e-cigarettes are only manufactured by tobacco companies. Anyone who knows the market will tell you that's not true.

The e-juice market is dominated by small, independent manufacturers. Walk into any vape shop and look at what they have on offer. You generally won't find anything on sale produced by a tobacco company. In trying to frame an argument in favour of Allen Carr's 'Easy way to stop smoking book", she completely trashes science and small businesses in a witch hunt against tobacco companies.

(She also has a pop at pharmaceutical companies whose lobbying has meant that hundreds of millions of pounds has been poured into the stop smoking market, and we all know that products like nicotine patches are virtually useless and result in very few people quitting. Big Pharma's fingerprints are all over the EU's Tobacco Products Directive. They want to destroy vaping to protect their market share)

She finishes by saying:

"Allen Carr’s book remains unrecommended by official bodies, never mind free on the NHS. The government wants to tell people it’s easier to give up if you commit to regular spending on a different nicotine product instead. As BAT fails to produce the only e-cigarette to justify its health claims, Public Health England calls for an “easier route” to medicinal licences for all the others, saying: “Anything that [the regulatory agency] can do to make it easier for manufacturers, we think would be helpful”. Perhaps abandon all these pesky requirements to prove anything?"

The only thing that we can agree on is that e-cigarettes should not be available on the NHS. I wrote about that last week, but the idea that e-cigarettes are not already regulated and the science behind them is not under constant scrutiny, is laughable.

If someone can give up smoking cold turkey or by using self-help books, good luck to them. Victoria Coren Mitchell is one of those people. But there are many who find it extremely difficult, and vaping has provided a vastly safer way of doing it. Don't trash the science to further your arguments, Victoria. it makes you look silly.