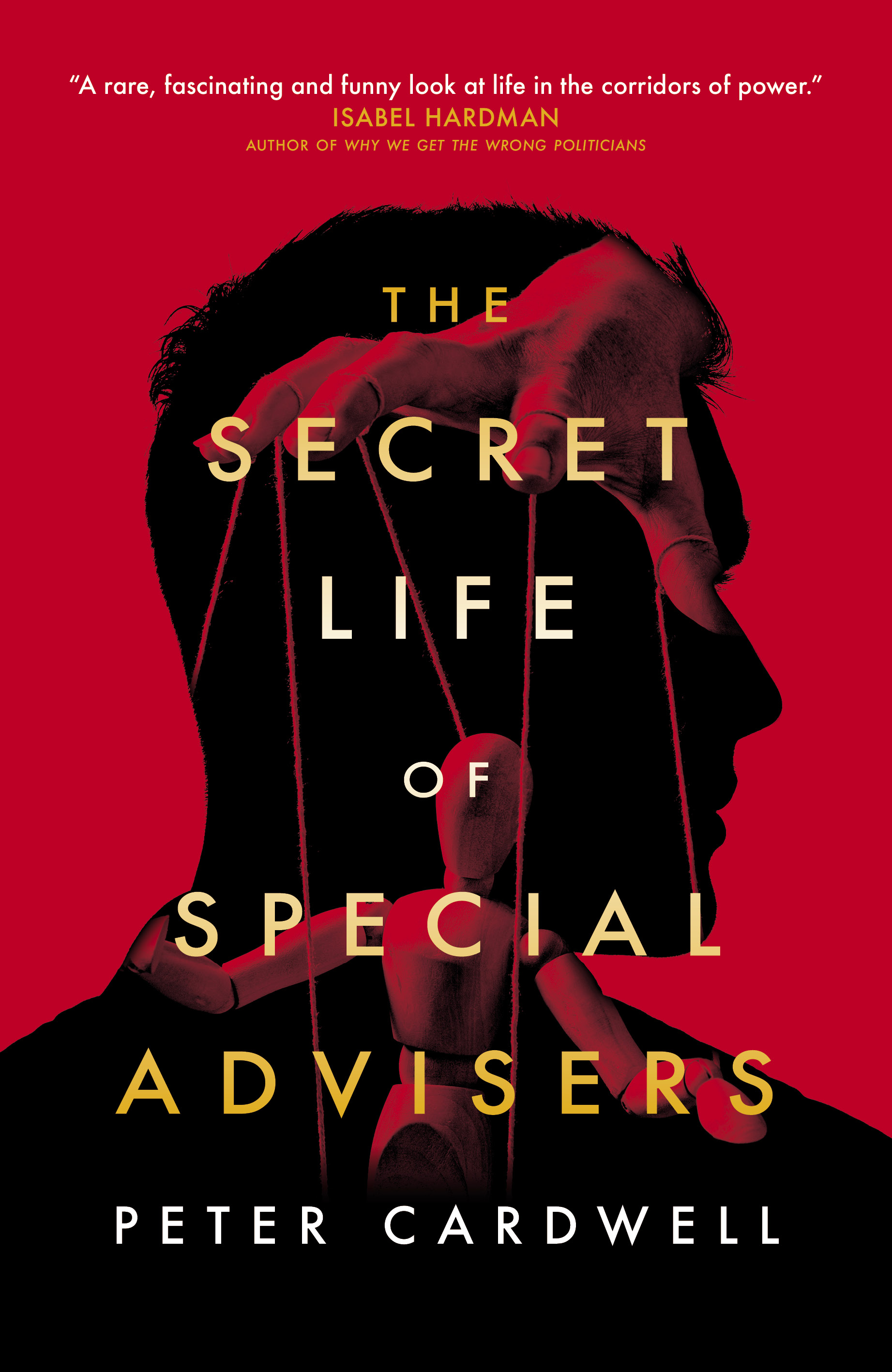 As the title suggests, this book covers the author’s time as a special adviser (SpAd) in government. Peter Cardwell served for three-and-a-half years in three different departments, serving four Secretaries of State. If you have ever wondered what SpAds do (and if you are interested in politics, this is a question you ought to know the answer to), this book succeeds in giving you most of the answers to your burning questions.

Initially, we are taken through a history of special advisers, which I found fascinating. It has been an evolutionary process and the numbers have increased over the years. According to Government data, on 31st March 2022, there were 126 SpAds working in Whitehall and Downing Street.

The book quotes David Lipsey, now Lord Lipsey, who was one of the early Wilson-era SpAds working for Anthony Crosland. This is how he explained his role:

“As a special adviser, I could do all sorts of tasks that civil servants rightly thought weren’t appropriate for them. If Tony was going to give a political speech, I could write it for him, whereas the civil service was inhibited, and anyway they hadn’t got a clue how to write a political speech.”

As an author and intellectual, it is fair to say that Crosland was a man who knew his mind, but there are, of course, ministers who are not good at making decisions. Having a SpAd on hand (someone who agrees politically with the minister), is extremely useful, if not essential. David Cowling, who worked for Peter Shore, commented that Shore took the view that “if a minister did not know what he or she wanted, if they dithered, they just didn’t have it, then of course the departmental officers would take over. Not take over in the form of a military coup, but they wouldn’t allow a vacuum. If they didn’t act decisively, they would get comprehensively stuffed by other competing departments.”

The book makes clear that a SpAd assists his or her minister in making policy decisions, and/or manages the media on behalf of the minister, and is also their eyes and ears. They do plenty of firefighting at times, too. Keeping a minister out of trouble is part of a SpAd’s brief. And as ministers cannot be everywhere, to keep on top of their brief, they require trusted aides around them. Trust between ministers and SpAds is a theme running throughout the book. In short, if a minister has any doubts about his or her SpAd, the relationship between them will not work and is likely to break down.

SpAds should never become the story. Jo Moore was a SpAd to Stephen Byers when he was Transport Secretary. On 11th September 2001, she sent an email suggesting that given the blanket global news coverage of the attacks on the Twin Towers of the World Trade Center in New York, “it is now a very good day to get out anything we want to bury”. She was forced to apologise on camera.

So how do you become a SpAd? Peter Cardwell sent an email to Fiona Hill, who was at the time Theresa May’s joint-chief-of-staff. He had known her for a number of years and wanted a position as a media SpAd. After an interview with James Brokenshire, who was at the time Secretary of State for Northern Ireland, he was appointed. A good fit for a man from Ulster.

SpAds work extremely long hours under great pressure, therefore it is not a job for the faint hearted. If you are married with children, your family life will suffer. Your social life, at times, will be non-existent. Expect telephone calls in the wee small hours of the morning. Expect early starts and late finishes. But if you have the required skills and stamina, are interested in how Government works and want to make a difference, it is clear from the author’s perspective that it is a job worth doing. Not that you are likely to be doing it for very long. The average shelf-life of a SpAd is two years. He was lucky to last for as long as he did!

Although this book is informative, and the reader is taken on a journey through the day-to-day life of a SpAd (and no two days are the same), it is also entertaining, with many funny stories and anecdotes. One of my favourites does not refer to the author’s time as a SpAd, but when he started working for TalkRadio. He recounts an amusing tale of a TalkRadio producer who had called the actor, Christopher Biggins, to ask him to be a guest on a show. “Oh, I can’t possibly come on at that time, darling!”, exclaimed Biggins. “I’m playing Zoom Bingo with Linda Lusardi and Mr Motivator, and it’s my turn to draw the balls.” I would have liked to have been a fly on the wall!

The author states that “SpAds are something we need in UK politics. They help government function as it should. They’re not perfect, and more can be done to train, support and scrutinise them, but the role they play is absolutely vital, especially in this media age.”

Over the years, I have changed my opinion regarding special advisers. With an established civil service that is, at times, hostile to Government policy, I have come to the conclusion that we need more SpAds, not fewer, to ensure that manifesto commitments are delivered.

I found this book both informative and entertaining. I am normally sent books to review, but in this instance I contacted Peter Cardwell (whom I have got to know over the last year or so) because I had heard so many good things about it. I am pleased that I did.

After being educated in Northern Ireland, he studied at St Hugh’s College, Oxford, before winning a Fulbright Scholarship to the Columbia School of Journalism, New York.

Before politics, he was a broadcast journalist for ten years, working for the BBC in London, Washington DC, New York and Belfast, as well as for Sky News, Channel 5 News, UTV, and ITV’s Good Morning Britain. He was appointed Political Editor of TalkRadio in 2021 and is a frequent political commentator for the UK and international broadcast and print media. He also works as a consultant and non-executive director of a major company.

In his spare time, he volunteers as chairman of a trust for student journalists, mentors a teenager in the care system and spends time with his rescue cat, Jack. He lives in London and Richhill, Co Armagh.