Ditherer May kicks higher education reform into the long grass 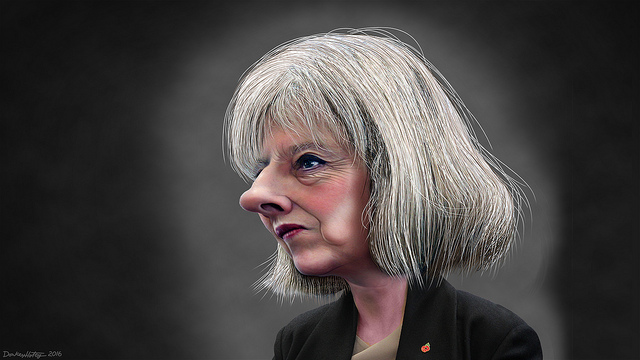 I have heard many of Theresa May's speeches since she became Prime Minister. Too many. I generally don't take much notice of them as usually are just words with little action. And May certainly comes out with plenty of words, but today there was a whiff of Martin Luther King Jr.

"I have a dream that a middle class girl from a private school will be able to get a technical education and not feel that she is being forced to go to university. I have a dream that a poor boy from Derby will one day become a judge". She didn't quite phrase it in that way, but that was one of the messages that she was trying to get across in her speech this afternoon.

Martin Luther King Jr. wasn't President of United States. If he had been he wouldn't have delivered that famous speech. He would have pushed legislation through Congress. Theresa May is Prime Minister and therefore can make changes to our education system, but instead she has decided to kick it into the long grass for a year by initiating a review, which will mean another two to three years before any changes are implemented, by which time Theresa May will no longer be Prime Minister.

She readily admits that our higher education system is far too expensive. Then do something about it, Prime Minister. If you can't, who else can? There are far too many former polytechnics offering crap courses for the same price as a first class degree course in Oxford and Cambridge. Any idiot could have worked out that when the Government set a cap on tuition fees universities were going to charge the maximum amount they could. So scrap the cap. Let the market decide. Let the best universities charge what they want which in turn will mean more scholarships for students from poorer backgrounds at some of the UK's world leading universities.

Yes, we need to improve technical and vocational education. It's a plain as the nose on your face that not everyone who attends university is best suited for it. Do something about it, instead of just talking about it. Scrap the ridiculous target that says we must have 50 per cent of school leavers entering higher education. Training as a software engineer or a plumber is not failure. If that's what a young person wishes to do, who is the Government to say that we are failing our young people because they haven't gone to university?

If you think that the student loan repayment interest rate of 6.1 per cent is too high, do something about it. Don't just stand there pontificating. It's easy if you try when you are Prime Minister.

Today's speech highlighted May's main problem. She's a ditherer. So will anything meaningful get done after this review reports back in a year's time? Of course not.