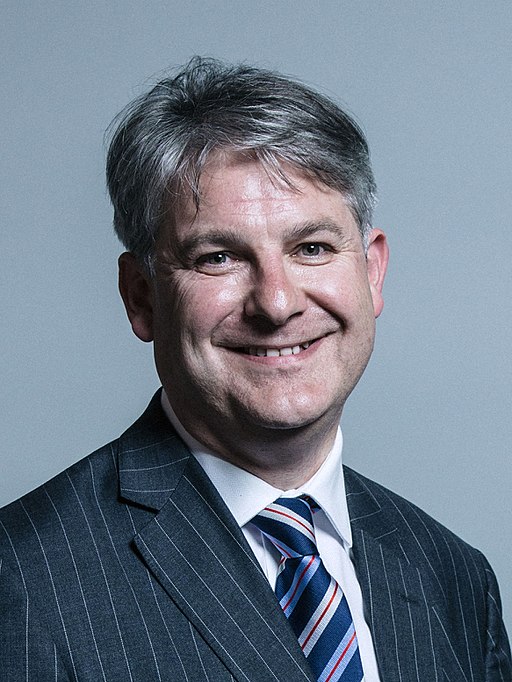 "Last year, I attended a meeting in the House of Lords organised by the wonderful Cross-Bench peer and human rights campaigner Baroness Cox, at which three very brave women told us their harrowing tales of how they had been treated and discriminated against by sharia councils. It is amazing how noisy feminists in this place are so quiet about this issue, given that women are being discriminated against so blatantly in this country. Is it not time that this alternative, discriminatory form of justice was no longer tolerated in this country?"

Here is the Prime Minister's reply:

"Let me say to my hon. Friend that we are very clear that there is one rule of law in the United Kingdom, and that is British law. But he is right, and I too have heard stories from individual women who were discriminated against, or felt that they had been discriminated against, and treated badly as a result of decisions by sharia courts. That is why, when I was Home Secretary, I set up the review of those courts. I believe that it published its report recently, and my right hon. Friend the Home Secretary will respond to that shortly."

We will have to wait and see what the report says, however, there are too many cases of women being treated in an appalling way that the Government must act. I have been doing some research this afternoon about Sharia divorces. It is not pretty reading.

This is from the Islamic Sharia Council:

"Due to the financial responsibilities which he has to bear, the right to divorce in Islam is primarily given to the husband. A Muslim who wishes to divorce his wife is therefore advised – in the first instance – to ask for an arbitration meeting, arranged by elders of the couple so that a reconciliation may be reached. If such efforts fail and the man sincerely thinks he cannot live a harmonious life with his wife, he may divorce her either verbally or in writing. In both cases, it is recommended for there to be two witnesses present on the occasion of the pronouncement of such a divorce."

From the start, the system is weighted in favour of men. Or to put another way, it is discriminatory towards women.

"After a divorce is pronounced by a husband, his wife must wait for a given period (‘iddat’). During this period, the wife is allowed to stay in the same house, but they can not have sexual relation amongst them.The man is allowed to take her back either verbally saying “I TAKE YOU BACK“, or physically, by having intimate relation with her. If, after this waiting period, the husband fails to take his wife back, then the wife is completely divorced, and must leave the matrimonial home immediately."

Of course, if a couple, as well as getting married in a mosque, also have a civil ceremony, then the women is protected by the UK courts. But even if they have had a civil ceremony, too many injustices take place. Here is an example from the Muslim Women's Network UK - Aaliyah’s Story:

“My husband walked out on me with no explanation. I had no choice but to ensure I was divorced according to Islam. I contacted a Shariah Council and filled in all the necessary paperwork. They wrote to my husband and he said he would only agree to the divorce if I returned all the dowry gifts he gave me worth £25000, something which wasn’t even true.

"When I went in to see the scholar at the Shariah Council I was told that he had not read my case notes and that he had only read those of my husband. He said that if I want a khula (divorce), I should return all ‘dowry gifts’ that were being demanded. I told him I would have done so if I had been given anything. However, he didn’t believe me. In fact, I was further questioned on a number of ridiculous accusations my ex-husband had made including why I put too much salt in his husband’s food! I was stunned. It felt like he’d already made his mind up.

"I then received the notice of my civil divorce proceedings from my husband. As I wasn’t getting anywhere with the Shariah Council, I approached another one. Again my husband demanded this phantom dowry of £25000 worth of gifts. The Shariah Council even urged me to give in to the demands even though I told them it was all lies. I even told them that my husband had initiated civil divorce proceedings against me. The scholar failed to recognise that this made my husband’s demands invalid because it amounted to him giving me a divorce Islamically. However, I didn’t realise this at the time.

"It felt like a form of blackmail. His refusal to cooperate would mean being stuck in a marriage while he moved on with his life and that I had to pay a ransom to be set free. It didn’t seem fair, even my civil divorce had come through. I decided to approach a mosque and told the imam what had happened. He immediately informed me that because my husband was the petitioner in the civil divorce, it was tantamount to a talaq (divorce) and that he had no right to ask me for anything. However he said that for him to finalise the divorce, I had to visit him with my husband. Although I was relieved to find out that I could get my religious divorce, I felt stuck again.

"It was then I contacted Cassandra Balchin of Muslim Women’s Network UK, who put me in touch with a scholar who wrote a letter to my ex-husband telling him that the Islamic divorce was in place as soon as the decree absolute was finalised and that this was irrevocable. I had it in writing that I was free to marry again; this was two years after the whole process started!”

All's well that ends well, but that is a harrowing tale that should have never happened in the first place. Aaliyah faced pressure to give in to her ex-husband's fake demands. The sharia court discriminated against her without a shred of evidence. They just sided with her ex-husband and didn't believe her. It was only after the Muslim Women's Network UK intervened on her behalf that the situation was resolved.

Philip was right to raise this issue in the Commons today. I look forward to reading the report and the statement that the Home Secretary will make. But many Muslim women need action rather than words. It's time for the Government to deliver.