The following is a guest post by Philip Davies MP. Philip is the Conservative MP for Shipley, and is a member of The Freedom Association's Council and Management Committee. 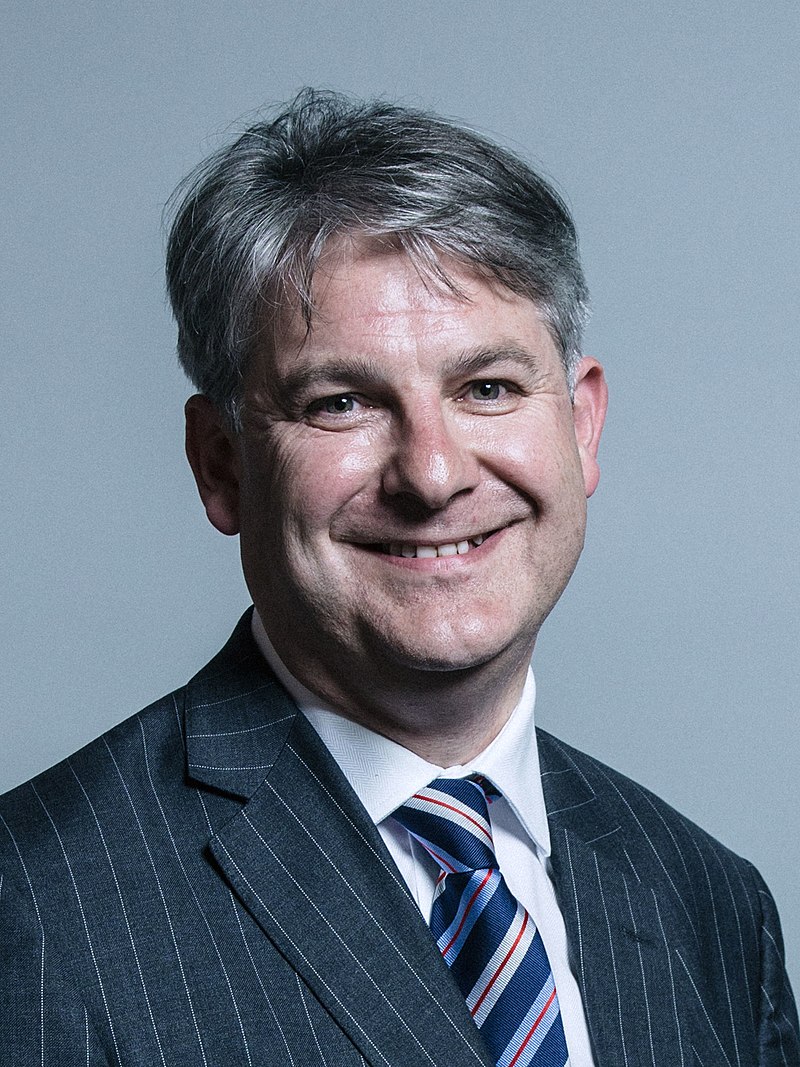 If anyone had said a year ago that in Britain, in 2020, it would apparently be “normal” to be told we could not meet up with family and friends in our own homes when we liked in the numbers we liked, that shops, businesses and sporting venues would be ordered to close by the Government, that there would be a curfew imposed on restaurants and bars (assuming that they were even allowed to open in the first place), that we would all be wearing face coverings unless we carried an exemption card and that, for breaching these rules being enforced by state sponsored snitches, we would be breaking the law - you would have thought they had completely and utterly lost the plot.

Being asked as an MP to support measures before Parliament which dictate that “No person may leave or be outside of the place where they are living without reasonable excuse” goes way beyond any of my wildest nightmares of possibility for the state of freedom in this country.

Yet this is exactly what has happened.

I have been shocked at how easily people have had their freedoms taken away from them. Some people may not have considered it to be such a big deal at the beginning – even just thought it to be a very temporary inconvenience – but it is now as plain as day the extent to which some of our most basic freedoms have been usurped. Once we entered this unfortunate state, the question was always going to be how on Earth we were ever going to get out of it given the Government’s reasons for getting us into it in the first place.

People have been scared witless by all the coverage and talk of COVID-19. I do not blame them for being very concerned. We have had a Tweedle-glum and Tweedle-never-glee constantly on hand to point out all the worst-case scenarios. Then there has been the reciting of all the death statistics without much in the way of context followed by the scary projections about hospitals being unable to cope. All this despite the figures increasingly being disputed and the actual position in hospitals not being necessarily unusual especially when, in previous years, we have also seen tens of thousands of excess winter deaths – not least from flu and pneumonia.

I also have huge concerns about the actual real level of excess deaths caused solely by COVID-19. There is the question as to whether or not someone would have actually sadly died from something else instead. In addition, I believe that there have been occasions when a death has been counted as a COVID-19 death when, in fact, the person actually died of another cause. This is over and above the already revised-down figures that were produced after it was revealed that the official numbers being broadcast daily on news channels and in briefings earlier this year had included everyone who died of anything at all as a COVID-19 death if they had ever tested positive for the virus at any time previously.

If the real picture were known, I imagine we would conclude that the risks are actually less still but, even using the official figures for now, these facts are what should be informing people’s own choices – not the nanny-knows-best approach of the Government.

During a virtual meeting I had with Professor Whitty, he confirmed that the overall mortality rate from COVID-19 is thought to be between 0.4 and 1%.  Probably 0.7%. Possibly even less. Of those over 80, the chances of dying are 1 in 10, and, of course, other conditions being present are a major factor. As all the figures show, the chances of dying at younger ages is very, very low indeed.

We are constantly being told that people who have COVID-19 - but do not know they have it - could be infecting vulnerable people without realising.  This “kill your granny” argument seems to be the trump card of those keen to have us all under some degree of effective house arrest.  Of course nobody wants to kill their granny, or anyone else for that matter, but these things need to be a matter of individual choice.

I believe it should be up to my 77-year-old Mum to decide whether she wants to meet up with her grandchildren – bearing in mind any potential risk involved. I know that she, and many other people in even more at-risk categories, are very clear that they should be able to make their own decisions. In most cases, spending time with their families is definitely worth any risk as far as they are concerned – as not doing so is unthinkable.

On the other hand, those who take a different view of the virus and want to be more cautious should be equally free to do so. If people do not want to mix socially, do not want to stay in a restaurant past a certain time or choose to isolate themselves completely for whatever reason at all then that should be entirely a matter for them. People should be free to do as little or as much as they want - it is their life.

In fact, a Government’s missive to those in the very vulnerable category regarding the changes to the ongoing restrictions over Christmas, says:

“Forming a Christmas bubble is a personal choice and should be balanced against the increased risk of infection.”

Why can’t this approach apply across the board?  Freedom (albeit still very restricted here) should not just be for Christmas.

The sight of the sons being told they could not comfort their grieving mother at their own father’s funeral a little while ago just sums up how inhumane the current approach is. The fact that the official at the funeral thought it was the right thing to do shows how far we are moving away from the land of hope and glory to the land of fear and misery.

Talking of all this being inhumane, where are all the usual human rights agitators? The very ones who are always so keen to support the right to family life for murderers and terrorists. Where are they fighting for the right to family life for the millions of law-abiding people in this country who simply want to meet up with their families but are being told that they will be breaking the law if they do?

It is the British spirit not the Official spirit that should be leading the way in these difficult times.

We need to get back to a situation where the scientists are there to advise, not decide. If the scientists ran the country with the sole mission of eliminating avoidable deaths and stopping the NHS being over-run (as they seem to be wholly focusing on with COVID-19) they would surely ban everything we enjoyed that wasn’t risk-free – tobacco, alcohol and cars for starters, not to mention foods deemed at any time not to be perfectly healthy. We would all be mandated to be immunised against anything and everything, prevented from taking part in all sports that have an element of risk and stopped from travelling to other countries that might not be as safe as Britain. The list of prohibitions would be endless and the freedom to live our lives as we want would be replaced by endless Government diktats.

That would be unthinkable.

Winston Churchill had it right when he said:

“Scientists should be on tap, but not on top.”

Yet these scientists and the whole sheer panic that has been cultivated over COVID-19 seems to have somehow managed to persuade people that they should be prepared to be locked up in their own homes to await further instructions on their life from the Government. Whether you agreed with the first lockdown, or the massive restrictions we have had to endure, or not, does not really matter now – we are where we are. In effect, it is like starting again each day. Whilst we may now hopefully have a vaccine that is apparently mainly effective to gradually offer people, the virus is still here and what happens if we get a new coronavirus – COVID-21 or COVID-22 and so on? We certainly cannot carry on effectively shutting down the country every time something like this happens.

I believe people were prepared to give the Government the benefit of the doubt at the beginning. However, they are not stupid, and the longer this has gone on the more they have come to oppose and question what they are being told to do.

They are also waking up to the fact that the Government’s random rules restricting our most basic of freedoms are not even based on the science we’ve all been told they were following in some cases – for example when it comes to the number of people who can meet up, the arbitrary curfews, the loss of the right to run one business compared to another and the bizarre application of different restrictions based on huge areas and not on local facts. There is literally no basis at all for some of these decisions it seems and many just do not make any sense. People are getting increasingly fed up with all these erratic edicts and of being told what they can and cannot do every day.

“….the state must be the servant of the people and not the master. There must be no drift into paternalism. Paternalism is the enemy of freedom and responsibility. Although it adopts a smiling, human face it is like all kinds of interventionist government….”

We must learn the lessons of this year - and fast. We cannot keep preventing people – by law – from living their lives as they see fit. Otherwise we will just be carrying on with this failing approach which will undoubtedly ruin the overall health and wealth of our great country and put our cherished, hard-won basic freedoms at serious risk for many, many years to come.

WATCH Philip Davies MP and the Rt. Hon Esther McVey MP argue the case against lockdowns in a Freedom Association webinar held on Tuesday 8th December. To watch it, click on the image below. 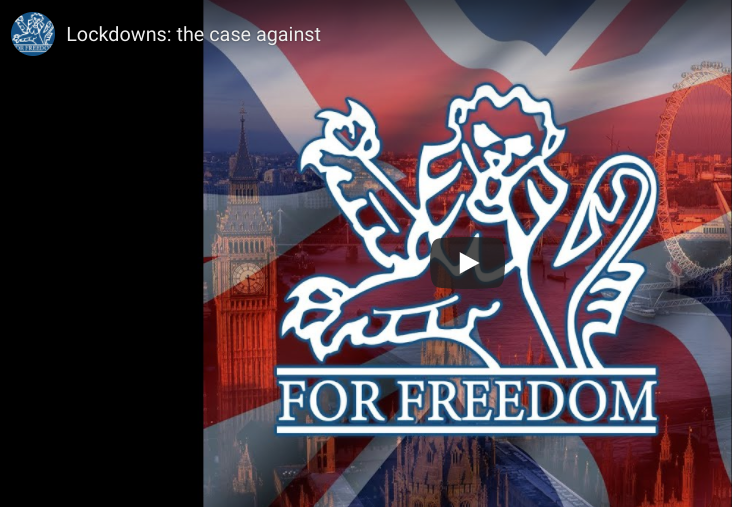