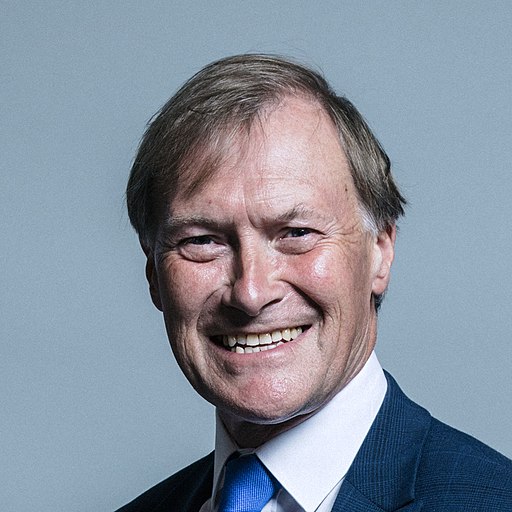 The brutal murder of Sir David Amess on Friday highlighted just how much our MPs put their lives on the line as they go about their work in their constituencies. Although we are all shocked, we have, of course, been here before.

In 2000, Andrew Pennington, an assistant to the then Liberal Democrat MP for Cheltenham, Nigel Jones, was stabbed to death trying to protect him from the attacker who stormed the constituency office armed with a sword.

In 2010, Stephen Timms, the Labour MP for East Ham, was stabbed by an Islamic extremist as he held his constituency surgery. Mercifully, Mr Timms recovered from his injuries.

in 2016, Jo Cox, who at the time was the Labour MP for Batley and Spen, was shot and stabbed multiple times on her way to her to her surgery by Thomas Mair, a man who had links to British and American neo-fascist groups.

And just three days ago, Sir David Amess was stabbed multiple times by a 25-year-old man who is believed to be a British citizen of Somali heritage. Police are treating this as a terrorist incident.

One of our 'Ten Principles of a Free Society' is National Parliamentary Democracy. For our democracy to work properly, MPs must be accessible to all of their constituents. And although I agree with Sir Lindsay Hoyle, the Speaker of the House of Commons, that there should not be a knee-jerk reaction after Sir David's murder, the safety and security of MPs is, rightly, being reviewed.

When surgeries began, there was no other way people could discuss issues with their MP. This has changed. More can now be done online via platforms like Zoom. It may be necessary for MPs to insist on appointments-only surgeries where those wishing to meet their MP have their details checked in advance. Some MPs are already doing this. But although risk can be reduced, it cannot be eliminated, and I don't think that anyone wants to see police officers in the same room as them as they discuss personal matters with their elected representative.

I didn't know Sir David personally, although I certainly knew him by reputation. He was a highly successful campaigning backbench MP; someone who was liked and respected by MPs across the House of Commons. He loved his constituency and loved helping his constituents. He was accessible. In his tribute to his former long-serving PPS, Michael Portillo wrote in Saturday's Telegraph, "That his dependability has proved to be his vulnerability is devastating to us all." Extremely sad, but true.

The best tribute I have I have heard was given by Lembit Öpik on GB News. It was raw and emotional. It was extremely heartfelt. You can watch it here.

All of us at The Freedom Association send our heartfelt condolences to Sir David's widow and their five children. May he rest in peace.