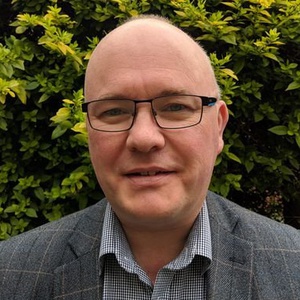 'Take back control'. That was the message of the official Vote Leave campaign during the 2016 referendum. Taking back control of our laws, our economy, and, yes, immigration. David Cameron pledged to reduce immigration to the tens of thousands. He didn't, and as I mentioned in my editorial in the latest edition of The Free Nation, neither did Theresa May and Boris Johnson. Neither were interested. Liz Truss was in conflict with Suella Braverman over immigration which was the main reason Braverman resigned as Home Secretary during Truss's record breaking (for all the wrong reasons) premiership. If Rishi Sunak doesn't get a grip of immigration in general, and illegal immigration in particular, he will face a backlash at the next general election.

As I write, more than 40,000 people have made the crossing from France to the south coast of England this year. They know that when they arrive here they will be processed and placed into temporary accommodation in hotels. Conditions at the Manston asylum processing centre are not good, but what do people expect when we are being invaded? Yes, Suella Braverman was right to describe this as an invasion. What else can it be called? But it's mainly the fault of Parliament and the Government. "I am a victim of modern slavery." Come in. "I have converted to Christianity and I come from an Islamic country." Come in. "I'm gay and I am being persecuted." Come in. "I have family members living in the UK." Come in. The list goes on and on.

Sending illegal migrants to Rwanda is not going to work. Rwanda has said that it will take 200. That's a fifth of the daily total which arrived in the UK a few days ago. And as we know, the total number sent to Rwanda thus far is zero. Once the human rights lawyers get involved (which they do in every case), the chance of removing them to Rwanda is also zero. A new policy needs to be thought out and it needs to be done quickly.

We could rescue those in the channel and take them back to France. Another alternative is handing the processing somewhere like Ascension Island. Currently the vast majority of those entering the UK illegally stay here. That is an incentive to hand over thousands of pounds to people smugglers and take a chance. If those trying to enter the UK illegally know that they will not be allowed to remain here, the numbers trying to do so will fall.

Over to you Rishi. If you get this right, you may stand a chance of staying in 10 Downing Street after the next general election. Get it wrong and you won't.