When he was Prime Minister, Tony Blair was often criticised in the media for taking "freebie" holidays in exotic places around the world courtesy of the rich and famous. I don't know if Tony and Cherie paid for their recent trip to Malta, but they were certainly at some point during their visit the guests of Malta's Prime Minister, Joseph Muscat and his wife. 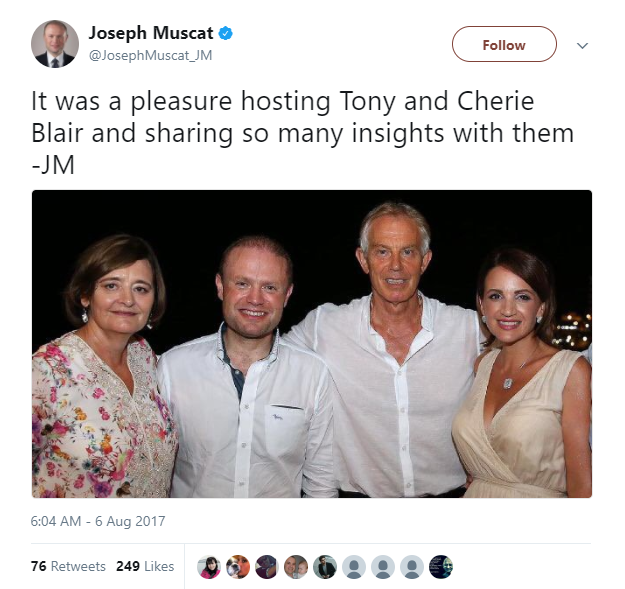 Along with the Republic of Ireland's Taoiseach, Leo Varadkar, Jospeh Muscat is one of Brexit's biggest critics. He keeps saying that it will never happen. So does Tony Blair. Now he is "sharing so many insights" with Muscat. Expect more of this from Blair. He is working hard behind the scenes to thwart the democratic will of the British people.

This is why we set-up our Stop Blair campaign, to lead the fightback and put him under the spotlight. Please consider making a donation to stop him in his tracks.