What will it take for us to have a real debate about the NHS and how it is funded?

Walking through the Emergency Department on an average day, it is clear that the system is not coping. From both the long waiting times by each patient’s name, to the hallways filled with elderly patients on trollies, it is evident that the NHS is not keeping up with demands.

Whilst we can all agree that there is a very real problem with the NHS, the big question is how we change this. Accessing any news source, it seems clear there is cross-party support for more NHS funding, as well as public opinion polls showing an equal desire – perhaps from both individual and government sources. However, in order to improve the NHS, we first need to determine the exact cause of the crisis (both in the short and long term). Therefore, we should consider a few facts:

Thus there are a couple of considerations. To start with, the crisis in the NHS is probably not due to a lack of funding in itself, so much as a change in demands. After all, NHS spending has increased from £79 billion in 06//07 to £121 billion in 16/17[iv] - that is 1.5 times the expenditure over 10 years.

The winter crisis, it seems, is perhaps caused by increased pressure on services, rather than an absence of short term funding. The lack of beds is probably a key reason for this, but so is the insufficient number of hospitals. Considering we have an aging population, as well as increasing numbers of people living here, the demand on hospital services is higher than it has ever been. This is a problem we see in hospitals throughout the year, although it is exacerbated in winter. On top of this, the lack of available residential home spaces causes huge delays in discharging medically well patients (an ongoing problem for several years).

In the short term, increased funding may help employ more staff. This would increase the rate at which patients are seen, but would be unlikely to change the rate they are admitted, owing to the aforementioned lack of bed space. It may also expedite the rate at which patients awaiting onward care are discharged. However, as well as doing not addressing bed availability, increasing short term funding fails to recognise that there is already a shortage of doctors and nurses in the UK, and we are plugging these gaps with foreign employees. In fact, even where funding is available, many posts remain unfilled.

Whilst this addresses how money could be spent now, in both the short and long term, it does not focus on the underlying issue, namely, the structure of the NHS itself.

It is clear that the NHS is over-stretched, yet it is equally clear that the financial pressures on the NHS have been spiralling out of control for decades despite rapidly increasing budget sizes (figure 3). Considering this, it is surely time we have a debate about how we fund our health service. This debate is sadly lacking at the moment, instead being reduced to cheap political point scoring, where one side is uncaring and the other is financially incontinent.

Labour’s plan is the familiar cry for more funding – a solution they have found for every problem our nation faces, and one with little more explanation than that. Yet, as we have mentioned, it is hard to imagine how this would help pressures in the short term. It would have minimal effect on the turn-over of patients. An illustration of this is the fact that Scotland’s separately funded[v] NHS is struggling[vi] as much as it is for the rest of the UK despite their radically left-wing government.

The Conservatives are not any better at this, with their manifest failings, who seem set on expediting the failings of the NHS to encourage a “different” system, yet they haven’t had the courage to propose anything new. Rather they continue to churn out statements that almost nobody reads and fewer people believe.

In Europe alone there are many different systems of health funding which still provide universal free access to healthcare. These systems almost invariably have shorter waiting times for patients, and better outcomes for those who are ill. In winter the pressures are nothing like what we face in the UK. This is despite the fact we spend well above the OECD average[vii].  With this in mind, perhaps we should start learning from our neighbours. By studying them we could create a healthcare system which truly delivers for our patients – one that runs on pragmatism and evidence rather than blind and harmful ideology.

Considering the dire state the NHS is currently in, we must ask ourselves what it will take for us to have a real debate about the NHS and how it is funded. 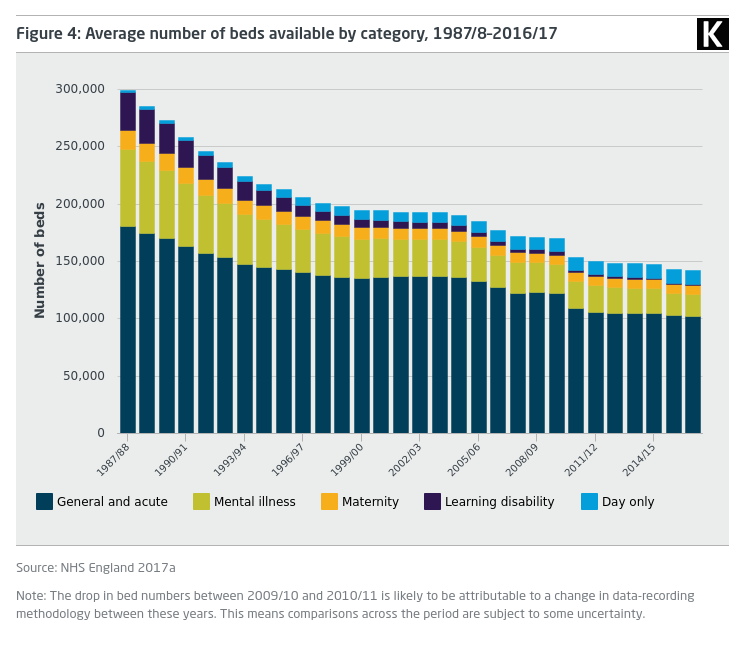 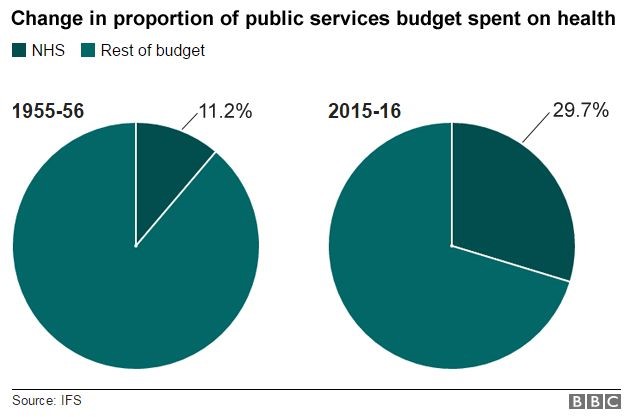