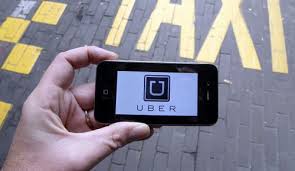 Today's publication of the Taylor Review into modern employment practices is being criticised by the Trade Union movement and Labour politicians as not going far enough. One Labour MP, Rebecca Long-Baily, has even said that Uber is not "morally acceptable". What both they and, to some extent the Review, fail to realise is one core fact: the new economy is about freedom of choice.

With the ever changing nature of the new economy, the Taylor Review was always going to struggle to keep up with events. Court cases and High Court appeals mean that modern day employment practices may be formed by the court system rather than legislation. However, its recommendations suggest that legislation may be needed after all. The key question is: how far should that go?

The Labour Party have already made it clear that they are against the Review. Erring on the side of their trade union paymasters, they have questioned both the report and even companies mentioned within it.

By saying that companies such as Uber that operate within the law are not "morally acceptable" the Labour Party is trying to muddy the argument. As the Taylor Review demonstrates, a key reason why individuals work within the new economy for companies like Uber is that they do not get the flexibility they desire elsewhere. This is both a push and a pull factor away from "traditional" employment towards companies like Uber. For Labour to imply that it is morally unacceptable to allow people to use their own skills and time in a way that suits them, shows utter contempt for individual choice.

The Taylor Review needs to be put in the context of the developing marketplace and the desire for flexibility - but also for companies. It recommends that companies should be allowed to operate if their average worker gets 1.2 times the minimum wage. If that's the case, then it's actually penalising the companies themselves by forcing them to pay over the minimum wage. When the minimum is not the required minimum then it's not, de facto, the minimum. Implementing such a policy wouldn't just change the behaviour of those working for the company, but also potentially make it harder for new entrants to enter the market. In effect, it could benefit those that are already established over those that are yet to be created.

Another issue with the Review and its recommendations, naturally through its scope, is that it doesn't recognise the potential effects on the consumer. Up until now, the consumer of services offered by Uber, Deliveroo and other companies in this space has benefited from the development of choice and the freedom that this allows. To increase the costs of the companies will only result in higher costs for the consumer, and therefore potentially lower the growth rate of this sector and the potential for new innovations in new markets to be created within it. Further, as individuals are able to use these new services at unsociable hours to some (but not to others), putting restrictions on the service could reduce supply - potentially to zero - at times when customers need the service the most.

The report though was more wide-ranging than just the discussion of Uber and Deliveroo, however. What struck me as problematic is the desire to aid the move towards a cashless economy. Of course, the report acknowledges that technology is helping us to pay for services in new and innovative ways, and this is to be commended. But what Gordon Brown first started the Taylor review is seemingly looking to help finish: the eradication of cash.

My understanding of this was seemingly supported by Matthew Taylor's interview on Radio 4 Today programme. The view that this might help people to pay cashless is fine, however, the creation of these platforms should not require people to use cashless systems to pay workers.

The development of the new economy is a vital part of the UK's continuing success. It stimulates innovation, competition and choice in a variety of ways. The new economy even makes workers the business owners of the future by empowering them to work when they want, where they want and to define how much they charge. We are all interlinked and need to strike the right balance. Notwithstanding this, we should be very careful on calling for restrictions that could harm choice for the worker and/or the consumer. Affecting the free market has consequences. We don't want freedom of choice to be extinguished.