Is the UK doing everything it can to stop radical Islamists in Sudan? 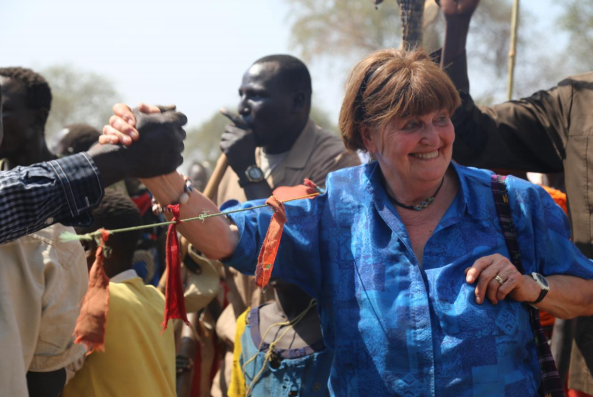 Simon Richards, Chief Executive of The Freedom Association, and I had dinner last week with one of our Council members, Baroness (Caroline) Cox. During the course of our conversation, we discussed her recent visit to Sudan on behalf of the charity she founded, the Humanitarian Aid Relief Trust (HART).

The Department for International Development (DfID) spends £50 million a year of taxpayers' money in Sudan, so we all have an interest in how our money is spent.

Caroline visited the Blue Nile region of Sudan and the report of her visit doesn't make for very good reading.

"The Sudanese people have experienced near-constant conflict and instability over six decades of independence. In Darfur, Southern Kordofan and Blue Nile, the Government of Sudan (GoS) has targeted civilians with aerial bombardment, missile attacks and ground offensives.

"These assaults are directed at schools, churches, mosques and marketplaces – targeting indigenous Africans, moderate Muslims, Christians and traditional believers. The attacks they suffer are largely unreported and aid organisations are restricted from working there leaving the people neglected and without aid or advocacy. A ceasefire was agreed last year. Despite general cessation of aerial bombardment, we heard of continuing overflying by GoS aircraft causing fear, panic, disruption of activities and displacement of civilians."

In the House of Lords last Thursday, Caroline informed the House that "military offences by the GoS in Blue Nile and South Kordofan have forced 300,000 people from their homes. During a visit to Blue Nile last month, we met ​9,000 civilians who had not been visited by any other NGO and who are at risk of starvation."

The current situation in Sudan poses the UK and the Western world two main problems. Firstly, displaced persons have to find somewhere to go. The number of refugees seeking a safe place to live increases. Secondly, and this is the most important threat to the West, as more people leave Sudan, more of the country is under control of radicalised hard-line Islamists. The last thing anyone in the world needs is more radicalised Islamists.

“The war in Sudan is intended to marginalise the African peoples. Fundamentalist agencies want us to become an Arabic country and have sought to impose the Arab language on all citizens – agencies such as the Islamic Centre for Islamisation are working systematically to destroy churches in Sudan and across Africa".

HART has recommended that the UK Government should cease to adopt policies, including the promotion of trade links with the GoS, which provide credibility and support for the regime until they allow crossborder aid to reach the vulnerable civilians in the Blue Nile and the Nuba Mountains; and encourage other Governments, especially the US, to do the same.

Although I disagree with legal requirement that the Government spends 0.7 per cent of GDP on international aid, aid in Sudan is desperately needed, not only to relieve the appalling suffering of those affected, but also for the security of the world.

Caroline is a fantastic lady whose main mission is to spread freedom. Hopefully, that is something we all can agree on.