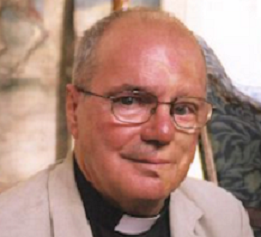 Really? You don’t say! We ought to examine the career of a person capable of making such an anodyne, asinine statement.

Cressida Dick is a policewoman – but not such as we used to see in the street in the olden days. She is not the sort of copper we might expect to find plodding Letsby Avenue. Let’s give her the full title: Commissioner Cressida Dick CBE QPM, the daughter of two senior academics, educated at the Dragon School then at Balliol College, Oxford and Fitzwilliam College, Cambridge. Just the sorts of places where you can learn how to give anodyne answers, and where you don’t even need to wear size tens. Cressida is not your typical copper. She is – what shall we say? – a theoretical copper. Shape without form, shade without colour. Paralysed force. Gesture without motion. And she has an MPhil in Criminology to prove it.

She knew she was intended for superiority from that day – sometime in her mid-teens, I would imagine – when she realised that she belonged to the liberal elite and all the prizes awarded by its culture of entitlement would soon fall into her lap. She was fast-tracked for high office in 1993 and – I mean fast! – appointed Superintendent only two years later. That culture of entitlement is multifarious, enabling its members to flit from one exalted position to another. So in 2015 it was announced that she would be leaving the police force for a Director General’s role at the Foreign Office. Then in 2017 she flitted back to the Met on her appointment as Commissioner. I would not have been surprised if, in the meantime, she had served a spell as Archbishop of Canterbury.

So what will this theoretical copper do about the non-crisis epidemic of murders in the capital?

Not very much. She will make a few speeches and sign rather more newspaper articles than usual. She will turn up for the telly the morning after another murder, or three. In other words, all appearance and no reality. She will pursue the futile policy of studied inactivity and wait for things to calm down. Good grief! – you don’t expect theoretical coppers actually to do anything, do you?

Something can be done. The active police – not the theoretical police – have intelligence, and with this intelligence they are able to identify the sorts of people who are likely to be carrying knives and guns. And so, as they say, apprehend them. This is called stop and search. Unsurprisingly this intelligent tactic worked. But, by deliberate act of policy, incidences of stop and search have declined by 65% since 2011. They declined further after 2015 when Theresa May, the longest-serving and most incompetent Home Secretary since 1945 – probably ever - decided, as she put it, “to rein in” stop and search because this “inflames tensions between the police and black people.”

But what if it was – and it was – mainly black people who were carrying guns and knives and committing crimes of violence? Well, rein in stop and search just the same, of course. Better have an epidemic of murders than offend the canons of political-correctness.

Baroness Lawrence, the mother of the schoolboy Stephen murdered twenty-five years ago, said this week on the anniversary of her son’s death: “The government needs to get a grip. Look who’s dying. If that amount of kids (sic) were in the white community, d’you think something would have been done?”

Baroness Lawrence is on to something – sort of. Yes, the government should support the forces of law and order precisely in those areas where the stabbings and shootings are being committed by those shown by long experience to be the likely perpetrators. That means stop and search. And to hell with political-correctness.

S’common sense innit? You don’t need an MPhil in criminology to understand that.