Lord Hogan-Howe, the former Metropolitan Police Commissioner, gave a great speech in the House of Lords yesterday explaining why he voted for Brexit. If you think that the UK's security is at risk when we leave the EU, listen to what Lord Hogan-Howe has to say about it. Here's an extract:

"Concerns have been expressed about our future security, but our security is built on a strong military, intelligence and policing infrastructure. However, I argue that maintaining all these does not require the UK to be a member of the EU. In defence, our military strength depends on our own investments and innovation, together with those of our allies. Our major military bulwark is NATO. It does not rely on Europe but it does rely on America."

"In the sphere of intelligence, our intelligence effectiveness is built on our partnership with the “Five Eyes” intelligence community of America, Australia, Canada, New Zealand and the UK—yet they are not in Europe. No country in the world shares all its ​intelligence and sources with any other country. Europe does not have an intelligence hub where the French tell the UK and Germany tells Holland everything they know about each other—it is not in their national interest to do so. The reports that the US had listened to the German Chancellor’s telephone can have surprised no one. However, we have been very effective at bilateral sharing of information on terrorism. Does anyone seriously suggest that on leaving Europe we would not share information about attacks on Paris or Brussels, should we have it?" 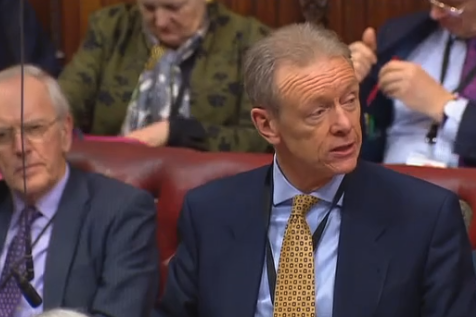