On Monday, I wrote about Nick Buckley, the former CEO of the charity Mancunian Way (which he founded) who had been summarily fired from his job by the trustees for criticising the Black Lives Matter (BLM) movement. And today I have a story which has been reported in the Welsh press about a man who did something similar and has now been told by his local rugby that he is no longer welcome.

Wales Online doesn't reveal the name of the man, however, a quick Google search produced the "offending" tweet. 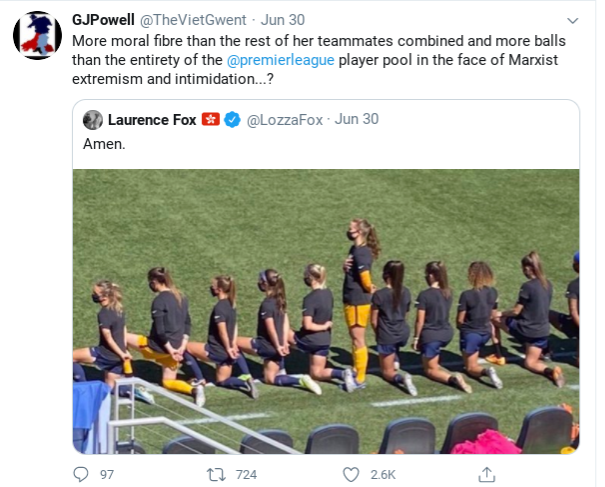 The picture above was taken during the singing of the national anthem before a women's football match in the United States. All the players "took the knee", or more accurately, genuflected, apart from one brave player. And in the current climate, she was indeed brave. She has been identified as Samantha Murphy. I applaud her.

After reading Mr. Powell's tweet, the Chief Executive of Pontypool RFC, Ben Jeffreys, replied with a tweet of his own. 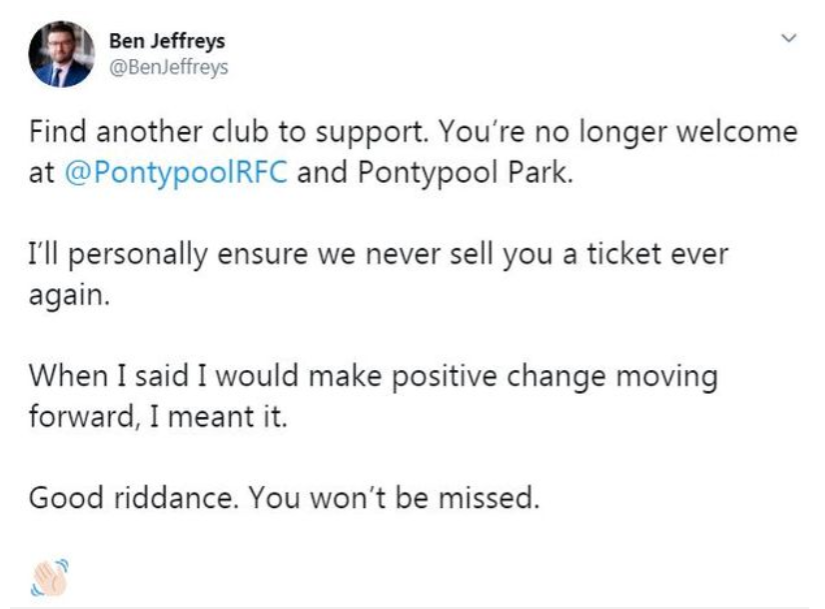 I imagine that many supporters of the club will think that Ben Jeffreys would't be missed if the club decided to fire him. Mr. Powell didn't say anything remotely racist in his tweet. He expressed the views of many of us. I am not going to genuflect for anyone. I am not about to take on the sins of people who died 200 or more years ago, therefore I am not going to apologise, for I have nothing to apologise for. Nor am I going to apologise for not supporting a Marxist movement which seeks to end the nuclear family, bring down capitalism, and abolish police forces across the country. Why would I?

Mr.Powell deserves a public apology, not that he is going to get it. I have said it before, and I am going to say it again, the silent majority must find its voice to put an end to this nonsense. Freedom of speech, the bedrock of a free society, is under threat in ways which I have never seen in my lifetime.